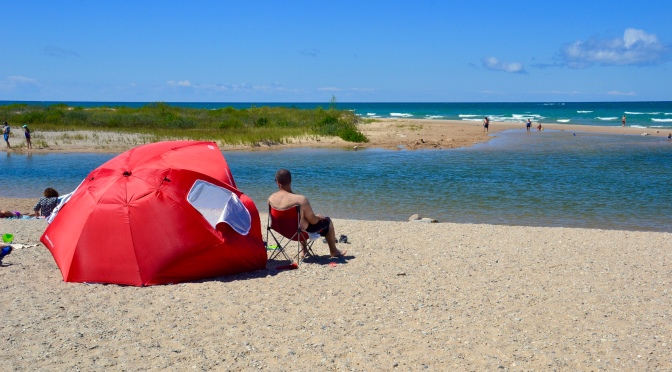 It is no secret to outdoor photographers that the color red is an eye-catcher, and they use it at just the right times (usually) to add pizzazz to their photos.  I don’t know what aesthetic operative comes into play when I see a nature photo with red in it, but it gets my attention anyway.  I have been using this natural phenomenon in my photos for a long time. 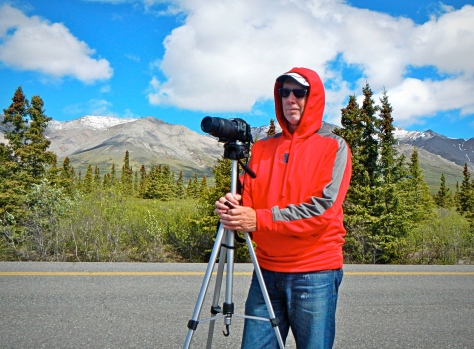 When I rented kayaks for a recent paddle along the rugged shoreline of Michigan’s Thumb, I chose red kayaks.  The outfitter had yellow, blue, orange and green, but I knew what red would do in my photos of the event.  Yes, yellow or orange would probably have provided a similar effect, but red delivered the classic look I was hoping for. 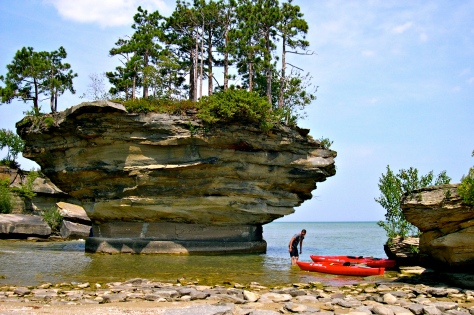 Sometimes, it’s not up to me to be intentional about using the color red.  Sometimes, I get lucky and it is already there.  Last weekend I was camping at Tawas Point State Park to test some new camping gear and when I hiked out to the historic lighthouse — Voila! — the lighthouse keeper’s dwelling had a red roof.  Cool.  That was easy.  Somebody on the lighthouse restoration committee apparently knew the secret too. 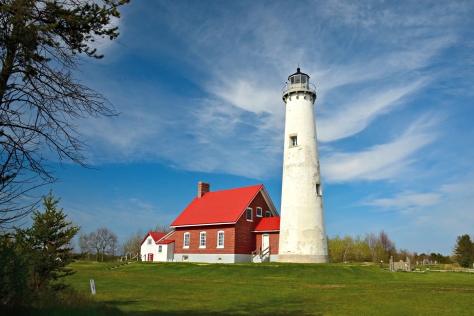 This knowledge has cost me a small fortune.  It didn’t cost any more money to rent a red kayak than a green one, but I have spent money on red shirts, jackets and sweaters to insert in my photos, and now, anticipating some upcoming road trips to the seacoast, I have bought a red convertible.  No joke.  I would not buy any other color than red, and I actually have been watching the online market for two years waiting for the right car and the right time. 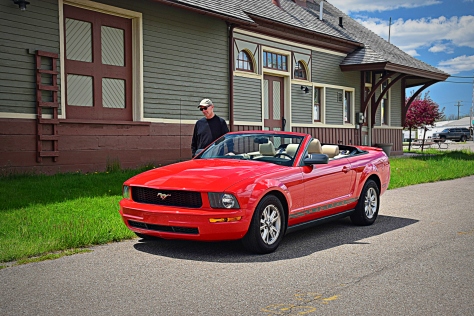 Two years ago, when we were hauling the RV up the Pacific Coast Highway from southern California to Alaska, we had to bypass the California redwoods because we were pressed for time and we couldn’t invest the necessary extra day that it would take to handle that winding narrow road through the tall trees.  At that moment we pledged to ourselves that we would return sometime later and approach it in the proper manner…  in a red convertible.

So, you will be seeing this car on the blog a lot in the coming days.

For our first major road trip with it, we have chosen to take on an adventure we missed last year while heading up the east coast from Florida in the spring.  We want to visit New England and pick up six states that we have never been to, bringing our tally from 43 states to 49.  Not only that, the trip will coincide with our 45th wedding anniversary.   We plan to be cruising the coast of Maine on our special day.

I can’t think of a more appropriate way to celebrate 45 years together than to cruise the seashore in a red convertible — with the top down, of course.

Maybe we will get back to the redwoods sometime –  and now we have the right car for it – but for this time it will be the other end of the country and a place we have never been before.

It’s the appropriately color-coordinated adventure of a lifetime!

Watch for the red sports car in subsequent posts. 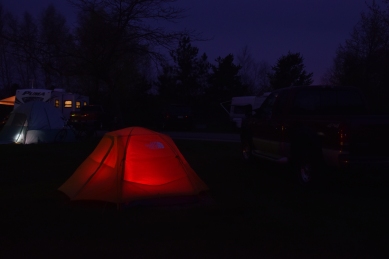 Unfortunately, not every photographic prop can be purchased in red.  Part of the new inventory of camping gear that I was testing last weekend is a new tent.  It’s yellow.  But a red light stick inside changes the color for photos.

And anyway, it is possible to get too much of a good thing, so yellow will be fine for my photos of my tent in future camping pics.  Any bright color will add visual punch to a photo.

Try it if you want to, and see what happens to your photos. 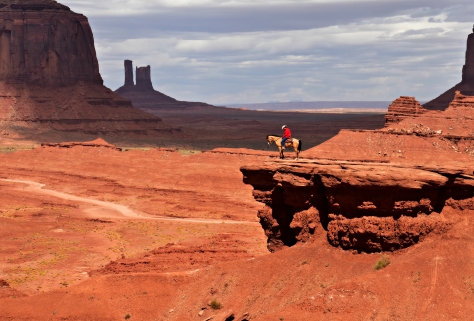 One thought on “The Color Red in Outdoor Photography” 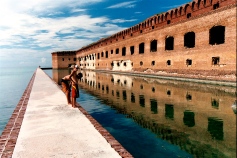 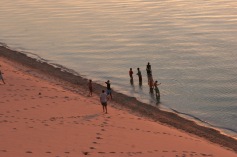 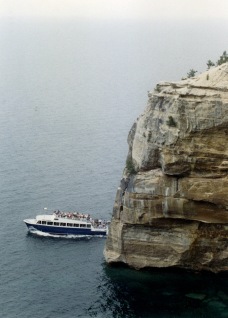 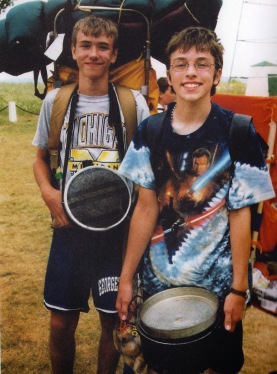 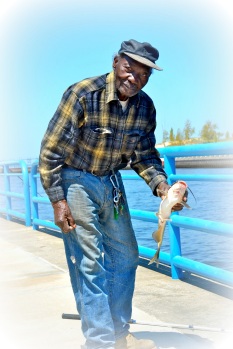 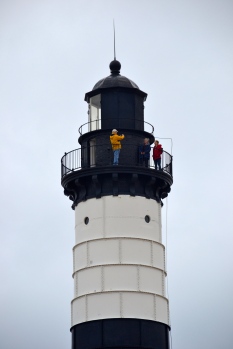 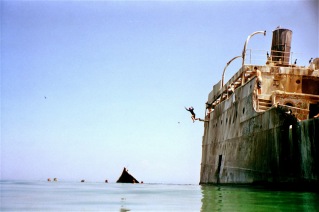 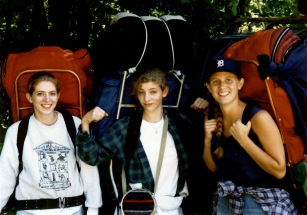