This is the third in a series of posts from my photo safari to the American Southwest.  Look for links to the others at the bottom.

Since I am the most frequent subject in my own photos, I often dress to fit the setting.  For the southwest trip I bought a plaid shirt – red of course – and a cowboy hat and stepped into the picture at just about every site.

At Monument Valley Navajo Tribal Park there is already a resident cowboy who poses on his horse for the tourists, making a few dollars in tips from each one.  Being photo savvy, he wears a red shirt too.  I don’t know this Navajo’s name but we spoke briefly at John Ford Point, the little mesa made famous by the namesake film director who first filmed John Wayne at the site for the movie Stagecoach  in 1939.  It has since been featured in a variety of flicks including The Searchers (1956),  Easy Rider (1969) and others.

My tour of the dusty 17-mile valley loop took me past other popular scenes like the Totem Poles, West Mitten, East Mitten, and Merrick Butte. 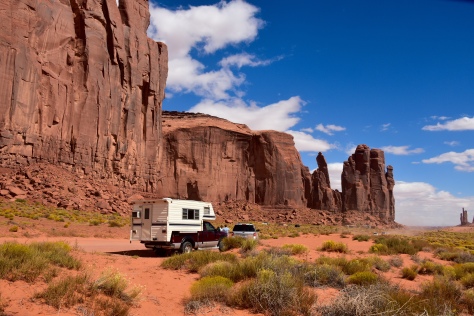 Though there are lots of safari trucks and outfitters who offer tours through the famous valley, I like that it is still open to general visitors to drive and explore.  However, hiking is not allowed in most areas and there are warnings about leaving the road, so it is closely controlled.  You can get ticketed for wandering off… if anybody can find you. 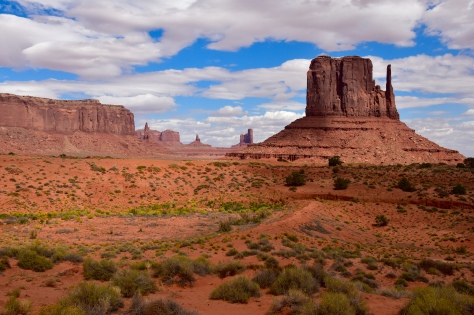 My final signature site was Mile 13 on the north side of the valley where highway 163 makes a straight shot north out of the park.  It’s the spot where Forrest Gump finally stopped running in the movie of the same name.  The day I was there, the highway was being repaved.

Monument Valley is a long way from the nearest expressway and farther from a city, but if you go, you can get fuel and provisions at the Shell station in Mexican Hat coming in from the north or at Kayenta (AZ) to the south where there are several gas stations and even some fast-food joints.

Also, if you are boondocking, the camping is free at Valley of the Gods just 25 miles northeast (my next post will cover this remote location).  No facilities.

You’re sure to have a monumental experience!  And have fun.

Also, click the green Follow button in the left side bar if you want to get a notice of my next post.  You won’t want to miss my final post in the series, Four Mountain Roads that Scared the Snot Out of Me! 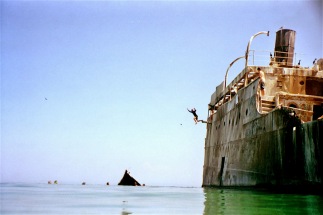 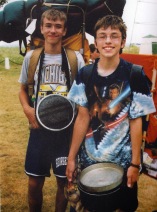 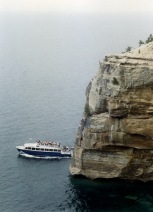 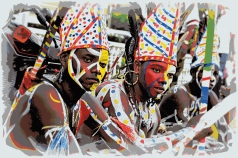 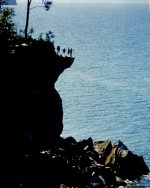 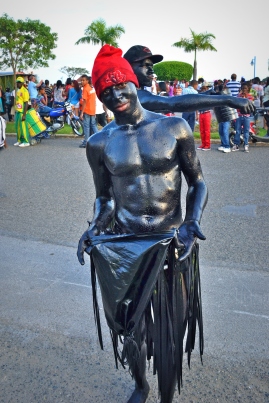 Join 97 other followers
Follow Where the Robert Meets the Road on WordPress.com