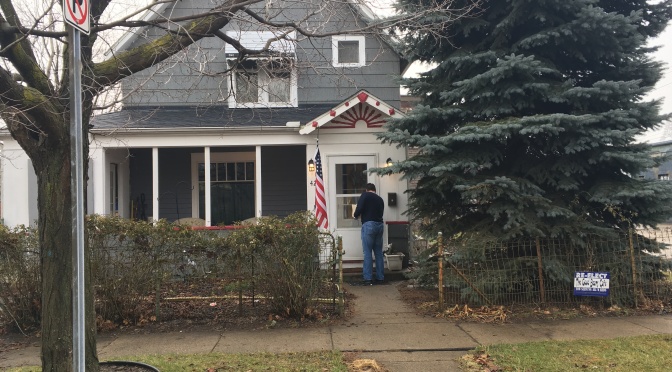 This is the third in the Life’s a Trip series.

Life can be an amazing journey even when you are stationary for long periods of time.  Some folks are happy to put down roots in one place and never be curious about the distant horizon.  Adventure seems frightening and inconvenient.  As Bilbo Baggins says in Lord of the Rings, “We have no use for adventures – nasty disturbing uncomfortable things;  make you late for dinner.”

And that’s fine.  If you don’t have a desire to see the world, don’t let me or anyone else prod you into far-flung unpleasantries.

Though I lived for 43 years in one secluded rural retreat, my routine was punctuated by adventure.  Whether heading up north to camp in the woods, down south to crawl around in the caves, out west to hike in the mountains, or over the ocean to an island hideaway, I couldn’t sit still for long.

So the last few years Kaye and I have been pioneering with an RV, living on the road, always peering around the next bend to get a glimpse of what we haven’t seen before.  And it has been fun.

But right now, my travel quotient is satisfied.  I am ready for a break.  We have visited 49 of 50 states and are not making plans to visit Hawaii.  At least not for now and maybe never.

But I think I am ready for a different kind of adventure.

While taking a breather from travel and staying in a small apartment for the past several months, we have plugged into the local scene and gone after other stuff that we like to do.  We didn’t get enough of hosting foreign exchange students in our home when our kids were in high school years ago, so we have had a lingering desire to  work with international students again.

We started volunteering at the local campus of the University of Michigan and helping internationals to improve their conversational English and learn more of American culture.

And we really came alive.

When we discovered that a historical house was on the market only a 10-minute walk from the campus, we jumped (carefully) at the chance to buy it, and today we signed the papers.

We are going to stay put for awhile and pursue our own brand of urban homesteading.  Pioneering without wheels, as it were.

Our “new” house is 117 years old and already set up for urban homesteading in the inner city.  There are rain barrels at the four corner downspouts, raspberries along the fence, an herb garden where the front lawn used to be.  The climbing roses have been growing on the front fence since the 1920’s.  There is a storeroom in the cellar for stockpiling canned goods and drinking water.  Cool.

For a long time I have wanted to experiment with solar power;  this house has a southern exposure that will accommodate my future solar panels.  We might start composting too, just like my grandmother did back in the day, feeding those tomatoes that will grow in containers along the back wall.

It seems that urban homesteading is essentially a return to the way our ancestors lived a hundred years ago but updated with a lot of modern technology.

Owning property again – on a much smaller scale than before – does not mean we won’t travel anymore.  We still have the fifth wheel so when the travel bug bites we can answer the call of the wild.

Stay tuned for reports on our latest pioneering adventure, a trip back in time, as it were,  in the historical district of Flint, Michigan, in the center of the university neighborhood.  Just around the corner is the Durant-Dort Office building where General Motors Corp (GMC) was founded in 1908!

It looks as though what’s next for us going forward, is a trip backward in time!

Read Kaye’s spin on this new venture at her blog. 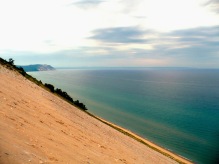 Join 97 other subscribers
Follow Where the Robert Meets the Road on WordPress.com